Microgravity Gaming League FIFA 21 CHAMPIONSHIP is India’s biggest FIFA tournament to be held in 2 days where the best of the best compete against each other to score more goals before the whistle blows. Our online tournament, organised by Battlefy is flooded with talent from all across India. The tournament takes place on the 8th and 9th of May, 2021. For every FIFA player in India, these are going to be the most glorious 2 days of their life.

Register today and stand a chance to win prizes worth upto ₹2,00,000*

Rules How To Play 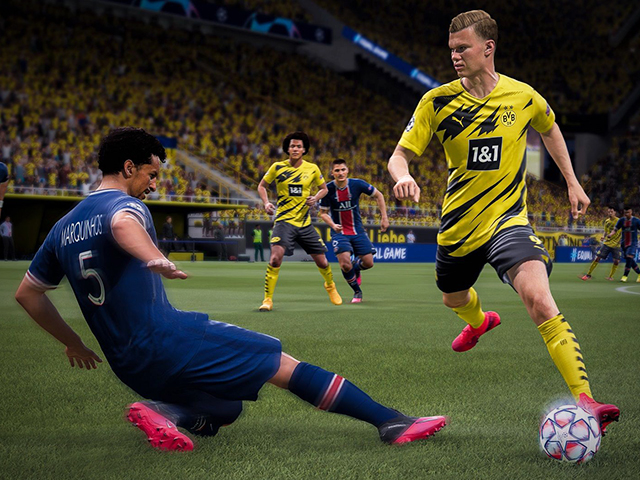 2 days, 3 phases, 1024 players. Things get more intense with each phase and everyone battles it out to be the last standing player.

We are on a hunt for India’s Top Female Gamers or what we like to call them, Gamer Goddesses. With every Microgravity Gaming League Tournament, we pick the top female gamer and help her reach the International Leagues where these Goddesses will be representing our country. Announced on Women’s Day, we began encouraging female gamers to go out there with our #ItsHerGame campaign and saw an immense support from the female gamer community.

Microgravity stands for bringing to life your dreams. It’s a magical world crafted with technology.

Microgravity as a brand is working on delivering a world-class multi-player gaming experience. Whether you want to play at a state-of-the-art gaming arena or try your hand at competing with your friends in an e-sports league format; we bring to you the best infrastructure & platforms the industry has to offer.

To start with, we are introducing cutting edge free-roaming technology for multiplayer gaming at our first location in Gurgaon along with some of the best immersive gaming formats. The arena boasts world-class simulators, virtual reality bays, classic video gaming docks and a golf experience using cutting edge projection & simulation technology.

First create your Battlefy account by going to battlefy.com and clicking 'Sign Up' on the bottom, left-hand of the window:

Create a login via email or use one of our other sign-in methods: 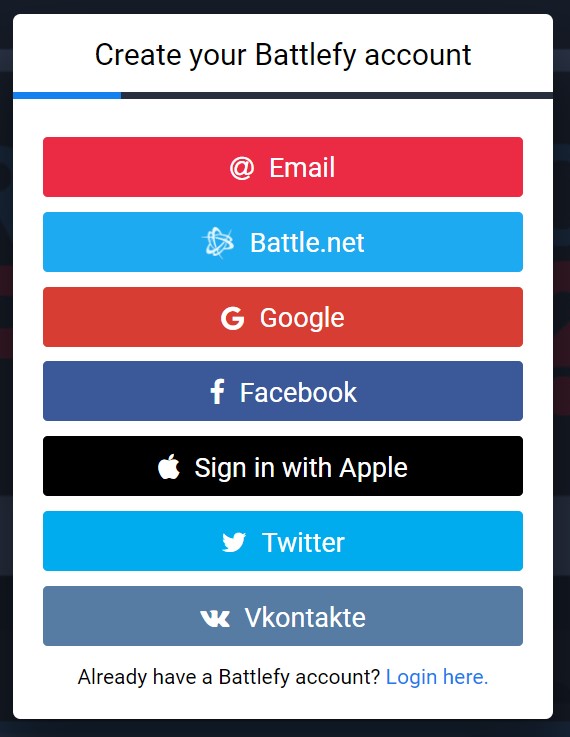 Be sure to update your timezone! 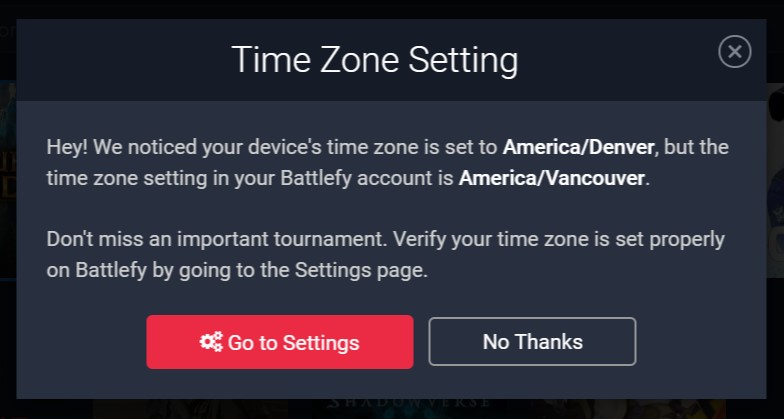 Note: We're here to support you with questions you may have about the tournament itself or using Battlefy! The best way to reach us is via the Microgravity Discord Server. Please see the "Contact" tab on the tournament page for the invite link.

Read and Accept all the Rules:

Fill in your information:

After completing all of the questions you will be taken back to the main tournament page. The right side of the page will now show a place to edit your registration info and how long before the Tournament begins. You are now registered and just need to wait for game day to arrive.

If you have any problems at this point, you will need to ask the Tournament Administrators via the Microgravity Discord server.

About the 90-Rated Online Friendlies Mode

1. Navigate to the Online Tab of the FIFA Hub and select the Online Friendlies tile. 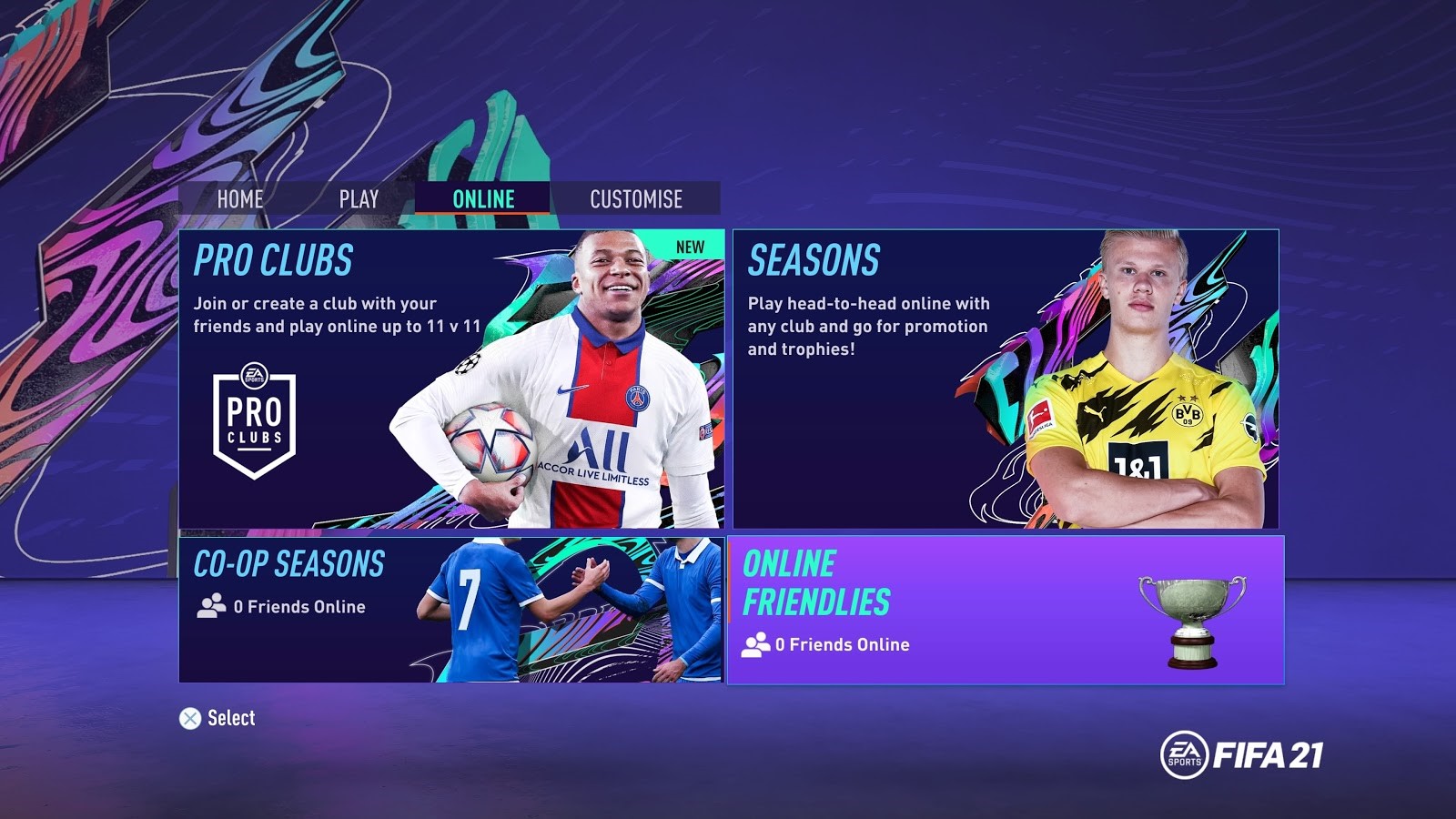 2. Select New Friendly Season (or recent opponents if you have played the opponent before). 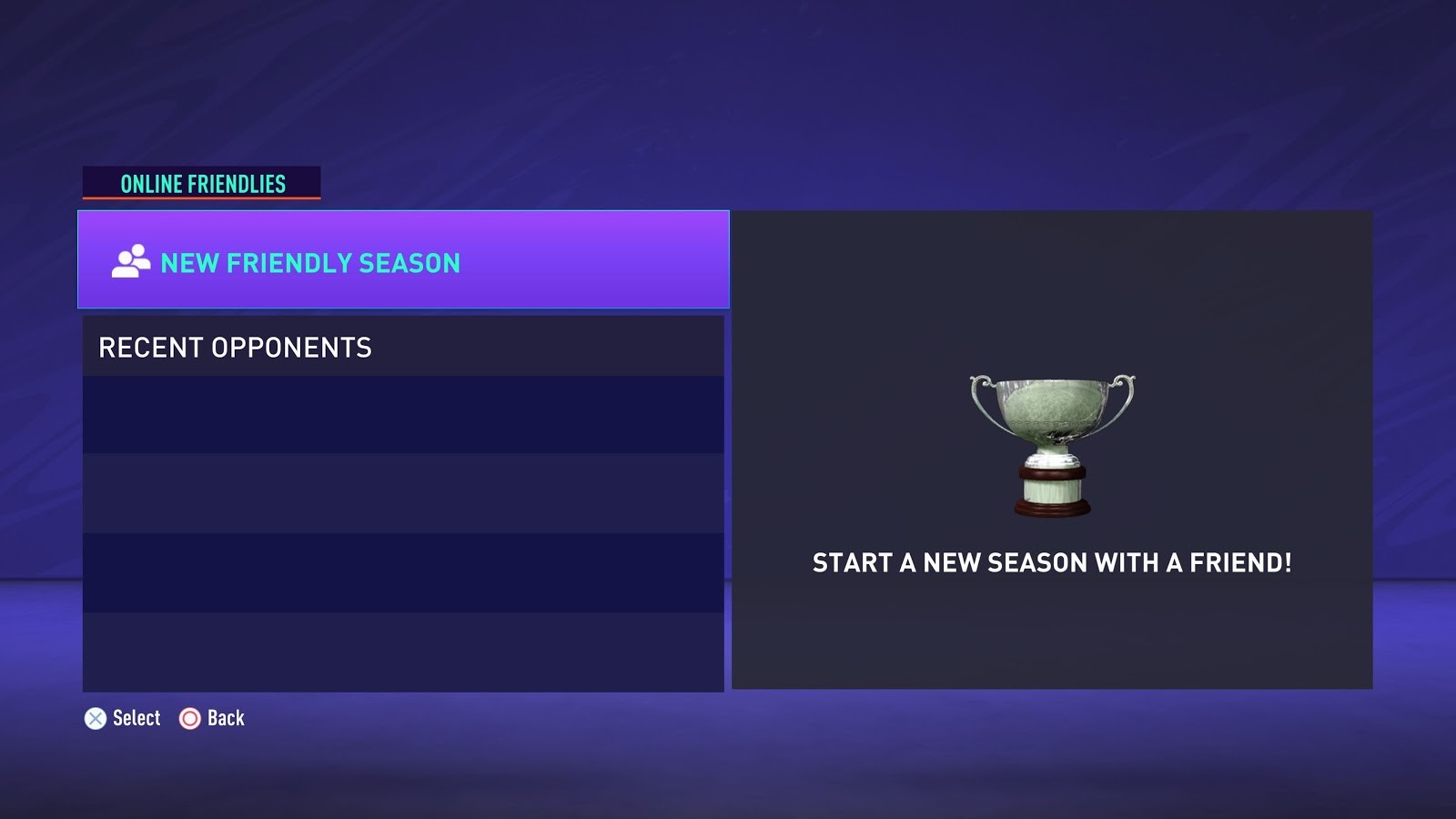 3. Select an opponent to play against. This player must be on your PlayStation/Xbox Friends List. 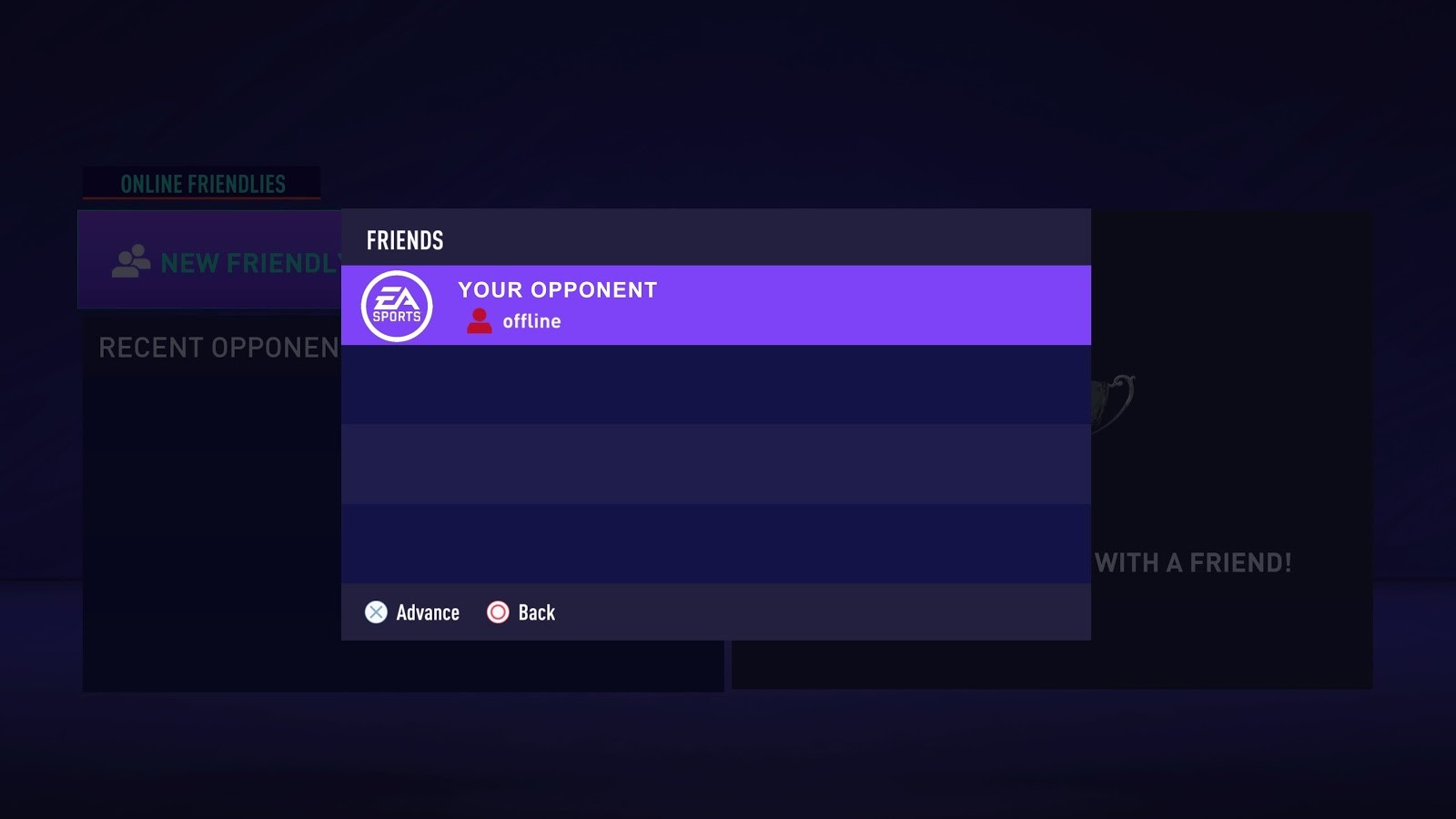 4. After selecting an opponent go to the Settings tile and scroll to 90 Overall under the Squad type. 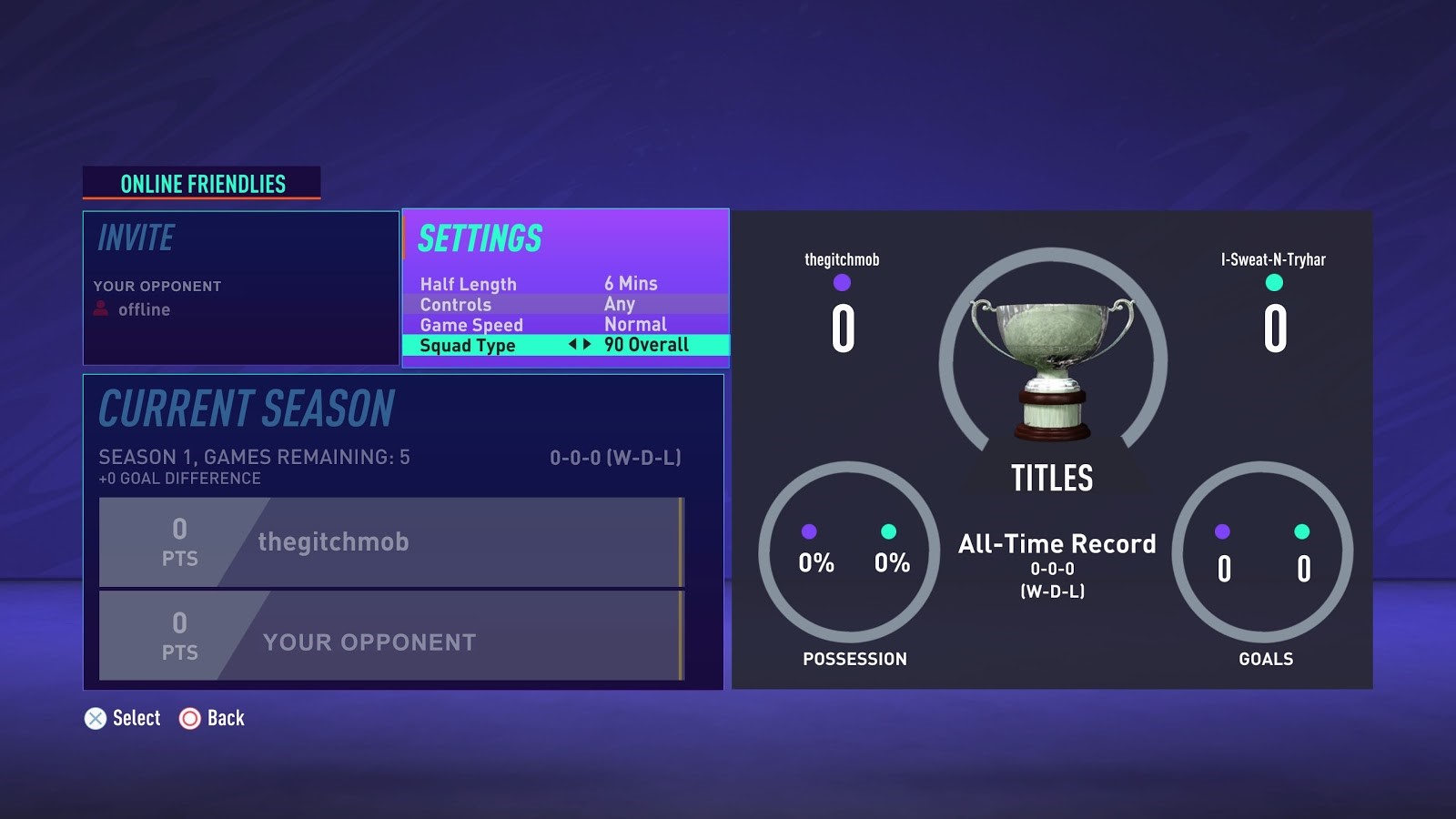 5. After selecting Squad settings the game can begin by pressing on the Invite tab. 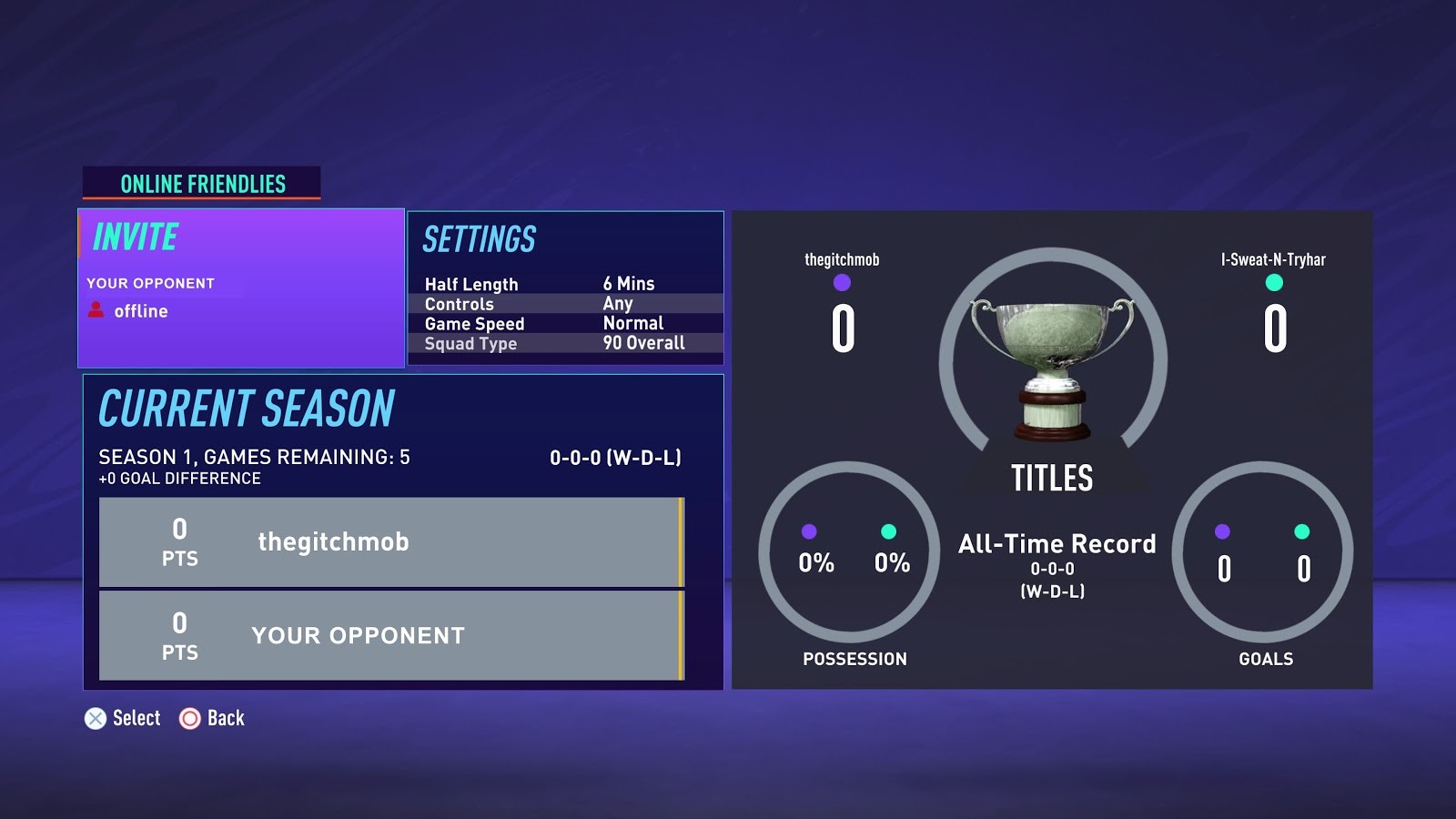 In this section you’ll be guided through the tournament experience, where we’ll show you everything you need to know to play your tournament matches on Battlefy.

If you are using your mobile device to access Battlefy, you will find some of the sections shown on the following pages under the “Play” button at the bottom of the tournament page.

Navigating to the Tournament page

Prepare for the Tournament

Playing in an Elimination Tournament 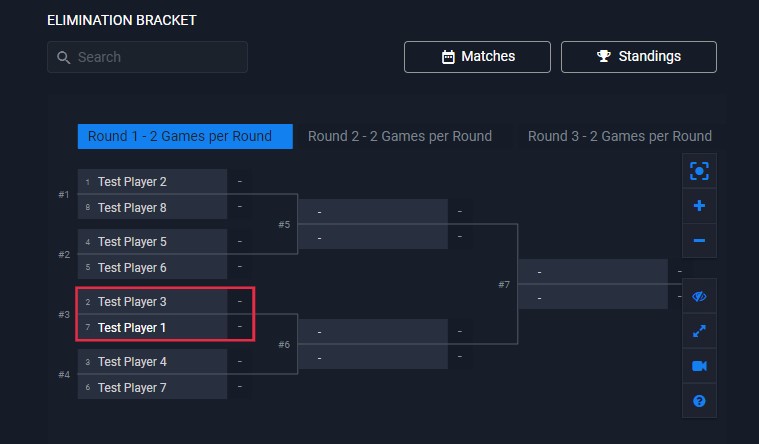 If you have a problem with your match

To play, you will need:

If a player does not appear within 10 minutes of the posted Official Match Time, they will forfeit the match and their opponent will win by default.

Player or the left side of the Battlefy match page, sets up the lobby and invites the opponent. In case of more than 1 game being played, the players alternate invites.

Upon completing their match, players must report their score on the Battlefy match page within five minutes of the match finishing.

This can be accessed and set up by following these instructions:

All matches will use default settings aside from the 90-rated mode mentioned above.

You are permitted to play with any footballer from your club in your starting 11 and substitutes.

The below graphic demonstrates the process for players if there are connection issues when trying to start a match:

If connection issues arise between games or during a game and players cannot get reconnected then they must contact a tournament administrator immediately. Players must take the steps above and reconnect within 10 minutes or a double loss will be applied and recorded.

If you experience a disconnect, take a screenshot and notify a tournament administrator in ‘Battlefy Match Chat’ and restart the match with the correct score starting at the time of disconnect.

If a set of players have repeated connection issues in the same match that is delaying the start of the next round, a double loss may be applied at the discretion of the head tournament administrator.

Players who have continuous connection issues may be removed from the tournament at the discretion of the head tournament administrator.